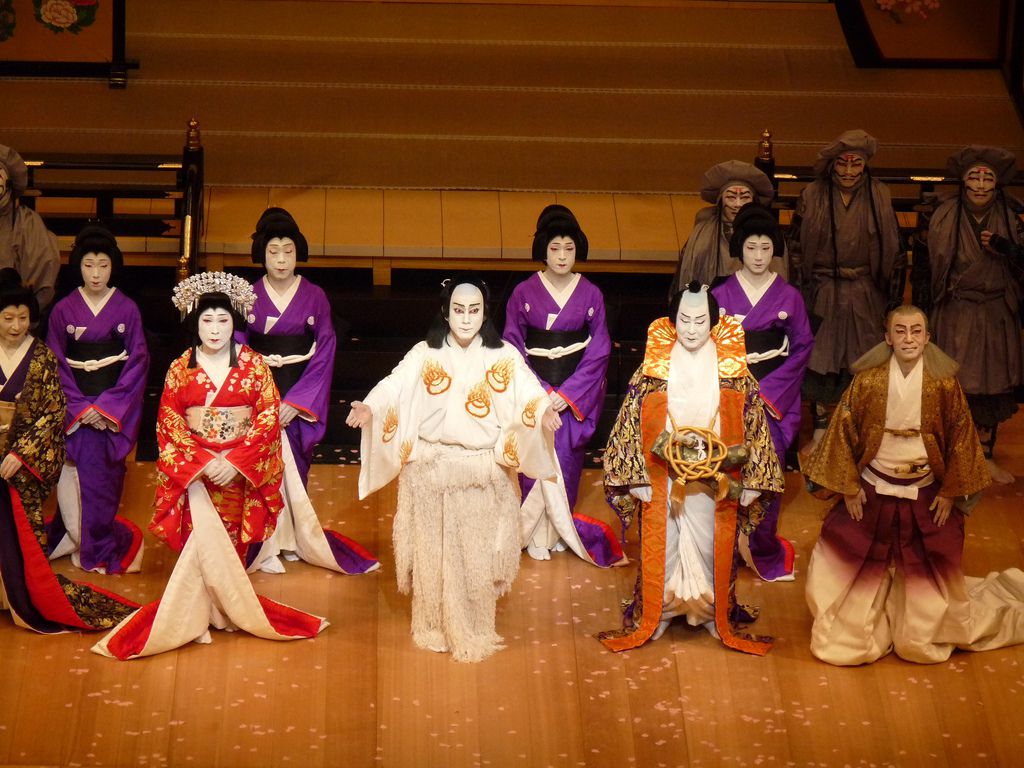 Kabuki is a very famous form of art in japan. It has a very rich history and is considered to be an intangible cultural heritage by UNESCO. It focuses on the stories of historical figures and also discusses various moral conflicts.

The stories and the visual performances are simply mesmerizing to look at. Kabuki has a lot of symbolism as well, for example, the masks and the makeup that the actors apply can portray the personality of the character and can even tell us whether a certain character is a protagonist or antagonist. The use of masks and other such material makes kabuki plays even more stunning to look at.

What started as an unusual form of dance in the Edo period has now become a major form of entertainment for not only the Japanese but the rest of the world as well. Today we are going to look at some of the best and most famous plays of kabuki:

Yoshitsune and the thousand cherry trees:

Certainly one of the most famous plays in kabuki theatre. In this drama, Yoshitsune has just conquered and defeated the Taira clan. He soon, however, finds out that his brother Yoritomo is planning to kill him. His advisors warn him about this new threat and give him a sort of drum to initiate an attack.

At the same time while moving forward in Yoshitsune’s journey his mistress doesn’t want to go with him and makes it difficult for the journey to progress, as a result, she is tied to a tree and left. Later on, she is found by Yoritomo but soon saved by one of Yoshitsune’s retainers.

This story is based on the revenge of the 47 ronins on the man who killed their master. The ronin exact their revenge and have to commit suicide as their punishment for failing to protect their lord. It’s a really long 11 act play that mostly takes about 8 to 9 hours to finish.

Like most historical kabuki plays this too has been based on a real story. The actual events of this play occurred in the 1700s but for the dramatic appeal, it was changed to a more earlier time period.

This play is another kabuki masterpiece, in this play, the lives of 5 extremely clever thieves are shown. Their clever tricks and swindling nature is portrayed splendidly by the kabuki actors.

All five of them unite at the climax of this play but it is later revealed that two of them are informants for the police.

This next drama revolves around the character kan Shojo. Shojo was a government employee at a very high position but his competitor and the antagonist of the story falsely accused of conspiring against the emperor.

This leads to Shojo being exiled from the state. However, this is not enough for Shihei he must kill Shojo.

Along with shihei are his retainers one of whom is actually on Shojo’s side. He argues with his brother and tries to convince them of how their father also supported Shojo. At the climax of the play, Matsumaro is tasked to kill Shojo’s son, facing this moral dilemma Matsumura chooses the noble path and kills his own son instead of Shojos.

This play is an amazing ghost story revolving around the life of a man named Tamiya lemon. Lemon is married to a girl named, Oiwa. He is however in love with another girl named Oume, he is just looking for a reason to get a divorce.

Oume in an attempt to free lemon from his wife sends Oiwa poison disguised as a beauty cream. As soon as she applies it all of her hair falls off and her face is starts to burn. Later on, in the play, Oiwa commits suicide but with her last breath, she curses Lemon.

Lemon later goes on to marry Oume, but he is forced to kill her by the haunting demon of oiwa. He is tortured day and night and slowly goes insane.

This is another very famous kabuki play. The main protagonist of Kyokaku Harusame-gosa is a samurai hating warrior.

He sells all of his belongings just to have a fight with the samurai that took his father’s money. In a fight to the death, the battle is stopped by an unexpected female character.

This play focuses on the life of an emperor who wishes to spend time with his courtesan but is stopped by his suspicious and clever wife.

He soon finds out a way to trick his wife, by pretending to do zen meditation. During his meditating hours, he asks his servant to replace him and visits the courtesan without his wife ever knowing. 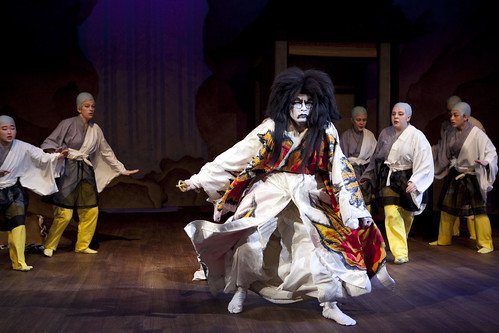 Nakurami is a play about a priest who wants to punish the imperial court. He captures the rain dragon and stops the rain.

Drought occurs and the court is forced to task princess taema to restore the balance in the land. She had to do so by seducing Nakurami and freeing the dragon. In her journey to free the dragon, she faces many challenges but comes out victorious as she eventually frees the dragon.