Kabuki is a form of drama that incorporates the elements of storytelling, dance and acting in a very beautiful and refined manner. It’s one of japan’s oldest cultural heritages. It’s a form of art that is enjoyed by all classes of Japanese society.

Although the language spoken may be hard to understand by most, even the natives, their visual performance is mesmerizing.

Ever since the inception of kabuki, it has captured the attention of thousands of people. During the Edo period, the only form of drama available was Noh and even that was only for the rich. Kabuki, on the other hand, was for the masses. It differentiated itself from all other forms of Japanese drama,  by the performance of unique plays. Plays and dramas which incorporated elements of modern society, social problems of the time and the political climate.

Today we are going to be discussing the origin and history of this spectacular form of art. 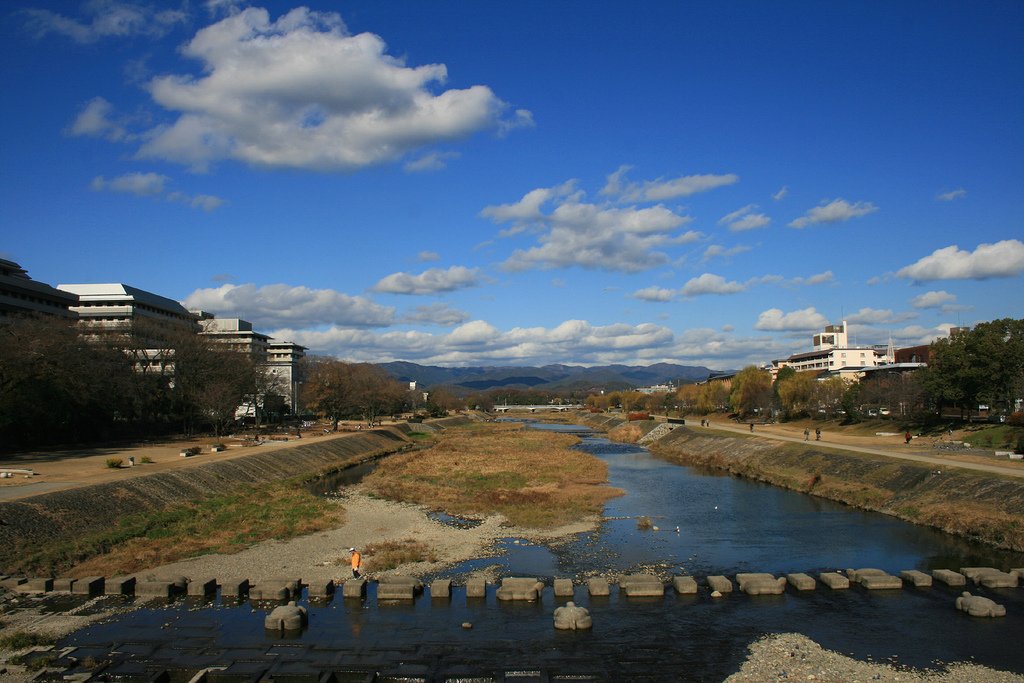 Kabuki is by no means a new art form, its centuries old possibly 1603. It can all be traced back to as early as the 16th century to a shrine maiden named Izumo no okuni. Izumo was known for performing unusual and never before seen dances sometimes even mocking or parodying Buddhist prayers. She would use the dry river bed of the Kamo river in Kyoto as a platform for her performances.

The steep incline, and somewhat deep river bed gave the appearance of a stage. People really started enjoying her dances as it was different from anything else that they had seen.

Soon this act of solo dancing transitioned to a more group dance, where women would dance in tea huts. At this point in time kabuki was known as Onna-kabuki. However, once the conservative government of the time realized that kabuki was being used as a source of prostitute advertisement by the geisha’s it soon banned all women from performing kabuki.

Later Onna-kabuki transformed into wakashu-kabuki a form of kabuki played by young men. Young men were preferred since they could apply makeup and crossdress to look like women. However, the government faced the same problems with wakashu kabuki as well. The young men were doing the exact same things the women did. Sometimes during these plays, the audience would get rowdy and wouldn’t let the play continue if a young handsome actor appeared.

The government now placed another ban on kabuki. This time prohibiting any actors under a certain age to perform in this style of art.

Role of the Economy:

One of the key factors to note about kabuki is that it was introduced in a time where only the rich would enjoy such forms of entertainment. The poor couldn’t afford such things as it was simply too expensive. But with the gradual increase in the economy and with the diversity and versatility of the kabuki, it soon became popular in all classes of Japanese society.

After the bans had been placed the young men were replaced by older men, men who would do makeup in such a way as to portray themselves as women. Ever since this transition, it was always men who performed kabuki plays, even the roles of women on stage.

Role of the government:

The later stages of kabuki culture were really impacted by the operating government. The ruling party at that time placed more bans on the kabuki dramas thereby forcing the actors to adopt a brand new way of performing. This performance was mostly instructed and governed by the ruling party and incorporated drama, dance, and acting. The government placed bans on the props used on stage and even the story of the dramas. This meant that only the plays screened by the ruling government could be performed and any other drama performance would be considered illegal.

The government decided the types of stories that were to be played, and this factor alone really impacted the whole of kabuki. As it now transitioned from an act which was mostly dance-oriented to a more structured play consisting of dance, drama, and storytelling.

These days kabuki is still as lively as ever. With people coming from all over the world to enjoy the spectacular performance of the actors. Even after numerous challenges, kabuki still continues to thrive and remain relevant in this advancing age.